“The supreme quality for leadership is unquestionably integrity. Without it, no real success is possible, no matter whether it is on a section gang, a football field, in an army, or in an office.”Dwight D. Eisenhower, American army general and statesman who served as the 34th president of the United States from 1953 to 1961.
Integrity is associated with other words such as ‘honest’, ‘decent’, ‘ethical’ and ‘moral’. Leaders with integrity bring their values into the workplace and into their relationships with their employees and other stakeholders.
If you have integrity, you are congruent, that is, your actions do not contradict your values. You ‘walk the talk’. You do not say one thing with your words and another with your body language or actions.
You cannot be an authentic leader without having a clear understanding of your own values, or without acting in accordance with them and keeping your promises. Please refer to “Leadership Essentials No. 6 Aligning Values” for further information.

Writing a ‘personal mission statement’ gives you something to return to when work throws you off balance, or you have a difficult decision to make. Repeat it to yourself often enough, and it will soon become so much a part of you that you will stick to it without having to think about it. Your team and other stakeholders at work will soon get to know that they can trust you to do what you think is right.
There are a few simple steps to take in writing a personal mission statement, which mainly involve you asking and answering certain questions about yourself.
A typical personal mission statement is two or three sentences and often follows a pattern like the following:
“I value ...[choose one to three values or beliefs]... because ...[reasons why these values and beliefs are important to you]. So, at work and in the rest of my life, I will ...[what you can do to live by these values and beliefs].”
This pattern is only a guide. Oprah Winfrey, the world renowned TV host and actress, originally wrote her personal mission statement as “To be a teacher. And to be known for inspiring my students to be more than they thought they could be” Winfrey (2009)
Remember your personal mission statement is not set in stone. It will change and evolve as you do.

Walking the talk means doing what you said you could do, or would do, not just making empty promises. It’s an important part of having integrity.
It is also necessary to be consistent; nothing will alienate your staff, your colleagues and other stakeholders more than leaders who preach their values to their employees and then fail to live up to them.
Remember also that many people will stop trusting leaders whose personal lives fail to live up to the values those leaders claim for themselves, however much they walk the talk at work. Employees who do not trust you will not do their best work for you.

Of course, it might be that you personally have values that the majority of people would disapprove of, or dislike. If we just define integrity as ‘acting according to your values’ then Hitler had integrity!
This is why part of creating your personal mission statement involves ensuring that by following your values you will do no harm.
Sometimes, moral integrity requires courage. It means doing the right thing even at the risk of inconvenience, ridicule, punishment, loss of job or security or social status. Sometimes not doing the right thing may not lead to serious consequences. But usually not doing the right thing means that you are actually doing the wrong thing, and even something that seems relatively unimportant can escalate.
Letting a team member or a colleague get away with banter that is disrespectful or offensive to women, to a particular ethnicity, to a disabled person, for example, can escalate into a more significant issue. Moral courage means calling it out as wrong immediately, and in public, otherwise you are giving tacit permission for insensitivity and prejudice to carry on.
Blanchard (2013) cited six principles which will boost your moral integrity.
Office politics is all about jostling for power within the organisation, and power can be achieved with or without getting promoted! In fact, it is well known in many organisations that someone like the office receptionist can be quite a powerful person in the organisation, either because of what they know about people, or through their role as ‘gatekeeper’.
Although most people say they don’t get involved in office politics, or don’t want to, such politics will always be there and, as a leader you do have to learn to handle that with moral integrity. Blanchard’s six principles will help you with this.
Furthermore, never forget that your own behaviour sets the tone for your team, who will do as you do, not as you say!

Do you have integrity? Test yourself with our Scorecard.

If you’re a member, you can test yourself on integrity and see if you meet the standard.

Spotlight on Walking the Talk

Are job interviews inherently inauthentic – and if so, how must they change?

What does global trust report reveal about the power of integrity?

What does AstraZeneca’s Oxford team-up reveal about values?

Wherever your career takes you, use the support and recognition of an Institute of Leadership & Management Membership. 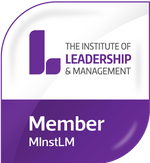