We understand Vision to require imagination, innovation and ingenuity.

Our research has revealed that visionary leaders inspire people to action and achievement, they embrace change and constantly adapt, understand risk, link the present to the future, and have an entrepreneurial mindset.

Vision is a significant aspect of leadership. It includes the inclination and skills to look ahead, innovate, and cope with the unknown. Vision involves spotting when change is required and putting it on the organisational agenda. Vision is essential for leaders to respond effectively to business environments that continue to transform at a rapid pace.

Many experts identify the ability to formulate a broad vision and translate that into workable detail as being essential for successful leadership (e.g. Westley and Mintzberg, 1989; Handy, 1992; Deering et al, 2002; Alimo-Metcalfe and Bradley, 2008). Change requires a direction to be set – in response to a vision of a possible future – and the creation of strategies to produce the change which will put the vision in place. It is necessary to enable people to understand the vision and become fully committed to making it happen. “Achieving a vision requires motivating and inspiring – keeping people moving in the right direction, despite major obstacles to change” (Kotter, 2001, p.86, emphasis in original). Also, “substantial change both demands and will lead to culture change” (Carnall, 2009, p.43).

Leaders are responsible for shaping and sharing visions. And strategy makes vision explicit. Having pieced together a vision of how the future might look a broad strategy to achieve it is required. The vision has to be convincing to others. When other people hear the vision it needs to make sense – creating what Handy calls the ‘Aha Effect’. “[T]o make sense it must stretch people’s imaginations but still be within the bounds of possibility” (Handy, 1992, p.10). “The vision needs to be both highly ambitious and realistic. It also needs to appeal to everyone in the organisation, as it can be key to getting the organisation aligned” (Deering et al, 2002, p.128).

Developing vision requires an ability to look at data of all kinds to seek out reasons that indicate the right way to go – broad-based, strategic thinkers and risk-takers are required (Kotter, 2001). Building a shared vision with pertinent stakeholders is seen as a way of moving forward together, making a vision more appealing (e.g. Kotter, 2001; Alimo-Metcalfe and Bradley, 2008; Carnall, 2009). When a vision is created jointly it can become compelling, creating trust and sustaining the exhilaration that comes from recognising the ‘Aha Effect’ – helping ensure that people have the courage to do what needs to be done (Senge, 2006).

Closely associated with vision is innovation. The importance of leadership for innovation and organisational development is widely recognised (e.g. Bennis, 2009; Jansen et al, 2009; Nemanich and Vera, 2009; Yukl, 2009). Indeed, the need for innovation within any organisation, in any sector, is well-established (O’Brien, 1994). “The rapid rate of technological development has led to an increase in the pace of change, and globalization and deregulation have led to increased competition. To survive, organisations need to be continuously creative and innovative” (Henry, 2001, p.xi) – and ready for the future.

Around 70% of intended changes do not achieve their goal (Higgs, 2003). So, if change is to be successful and sustained, and if organisations are to continually grow and develop, as required by their changing circumstances, they need to be led by people who know how to embed success and deal with the unknowns and uncertainty that any change brings (Pugh, 1993; Torbert and Associates, 2004; Kotter and Rathgeber, 2006; Carnall, 2009). This will include having listening conversations, risk taking, experimenting, taking time and being open (Senge, 2006), as well as paying attention to how a shared vision with wide appeal can be created.

Want to go further? Download our comprehensive report to discover more about Vision 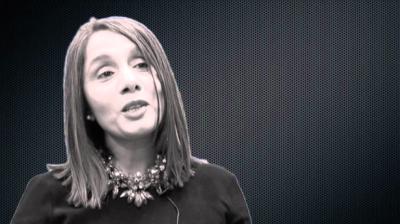 “Leadership vision requires imagination, innovation and ingenuity.
It’s not simply about survival but thriving to make the impossible possible. Vision requires emotional
engagement, passion, creativity and criticality. It is exciting to be a vision ambassador and part of an institute that is setting an inspiring agenda for leadership, is bold in its vision and commitment, is informed by research and practice, turns vision into reality, and engages with a range of organisational contexts to make a difference economically, politically socially and culturally”
Professor Kiran Trehan

Inspiring is a component of Vision. Within Inspiring, we also cover key topics including Spotlight on Motivation and Engagement, Spotlight on Encouraging and Spotlight on Role Modelling.